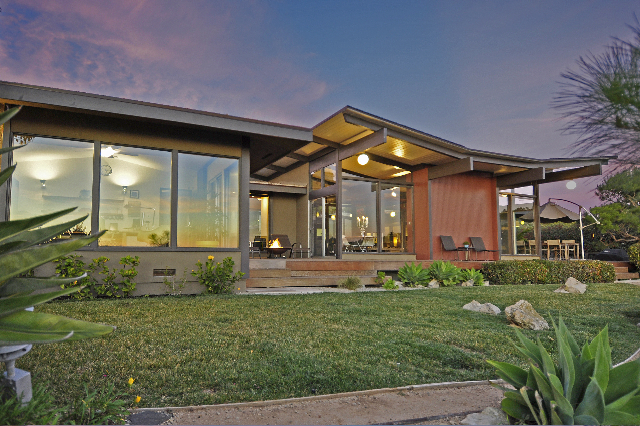 How to Spot an Up-And-Coming Neighborhood in Your City

Thinking of taking on the challenge of buying a home in a diamond-in-the-rough neighborhood that could soon be teeming with new businesses, residents, life and high property values? Here, Trulia offers seven questions to ask that can help you determine if a neighborhood is up and coming or down and out.

1. Is an organic grocery store moving in?

When a co-working space, an organic grocery store or a new pop-up restaurant moves into the neighborhood, this is a sign that the area is changing. This is as true for small boutiques and specialty stores as it is for large businesses that sell the basics with flair. In fact, most larger businesses complete a fair amount of economic research and projections before moving into a neighborhood. Watching retail industry moves can be a great way to spot emerging areas with strong fundamentals.

2. Is it near the subway or bus lines?

If you live in a densely populated metro area, or an urban setting with intense building restrictions, demand for homes will continue to grow with the population. Older neighborhoods near employment centers, public transportation, freeways and bridges tend to be prime for whole-neighborhood remodeling. This is especially true in times of population growth or rapid real estate price hikes in already-prime areas.

3. How have perspectives on city living changed?

If there’s one major issue that has caused an area to be less desirable and it’s no longer seen as negative, this could turn around the neighborhood. The addition of a major employer could spark a serious real estate renaissance. But new notions of what’s considered cool or desirable—for example living above a commercial unit—also could affect homebuyer’s perspectives on a neighborhood.

4. Is there untapped architectural potential?

Keep an eye out for neighborhoods characterized by a particular type of architecture. Often, neighborhoods that are filled with Tudors, Victorians, Spanish-style homes or even Mid-Century Moderns will see a surge of revitalization when a fresh generation of homebuyers falls in love with the style and realizes the deals that can be had there unlike in other areas in town.

5. What’s going on in the local economy?

A single large-scale employer or infrastructure development can be an early and a strong sign that an area will see its real estate fortunes rise. With that said, areas dependent on one employer from an industry on the decline can see their fates shift downward as well. Look for industrywide investment in an area, versus a single company’s investment.

6. Are there many construction trucks in the street?

When an older area that has not seen much investment in it for years suddenly has a number of ongoing renovations, this can be an early signal of an up-and-coming neighborhood turnaround. It might be worth a visit to the city building permit counter to see whether the staff has seen the same uptick in individual owners’ investment in the area, and if so, what they think the story of the neighborhood might be—or might become. City staffers often have a wealth of information, everything from pending commercial development applications to city projects based on development initiatives.

7. How many days are houses in the neighborhood spending on the market?

While charming, pristine homes on less than ideal streets could end up lagging on the market 10 years ago. Now millennials buying their first homes are salivating over these types of locations because of their urban feel, trendy hot spots and convenience to the subway. Today, homes that once took 90 days to sell often are selling in a couple of weeks. This decline in the number of days on market occurred much before the home prices themselves increased. A slow, steady decrease in DOM is a smart, early sign that a neighborhood might be on the verge of up-and-coming status. As your agent to help clue you in as to where precisely those areas might be in your area.

How to Explore a Neighborhood While Sheltering in Place

What Dog Owners Should Replace Before Selling Their Home

This site uses Akismet to reduce spam. Learn how your comment data is processed.